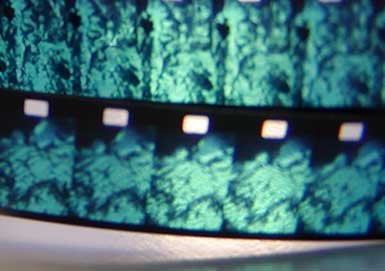 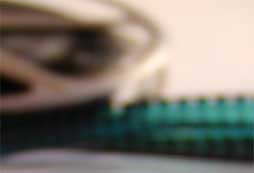 English Pronunciation and the International Phonetic Alphabet – A Video Transcript

This is Gabe from TowerofBabelfish.com

In these tutorials I have two smaller goals and one overarching goal:
The first is to teach you how the IPA works, and
two, maybe more important, how english works in your mouth – what’s going on in your mouth to make these sounds.

Overall, we’re looking to give you a tool for understanding pronunciation in your own language, so you can apply it to your target language.

If you start with correct pronunciation in your target language, you get so much:
-you’ll retain vocab better
-you’ll have better listening comprehension
-Later, you get native speakers who won’t switch to english
-In the end, you won’t be training bad habits for years and have to unlearn them somehow.

And so lets get started. We’ll first talk about some basics - what is a consonant and what does IPA do?

IPA is a sound alphabet - it gives you a symbol, like this one or this one, and it means one sound - always.

In English, we have a bunch of letters, which correspond to vowels or consonants, and many of these have multiple sounds:
The letter C as in Cat and C as in Nice are totally different - they have totally different sounds - and IPA has two symbols for those two sounds.
Conversely, cymbal and symbol sound the same, even though they’re spelled differently, and so IPA for both of these words is exactly the same. IPA only cares about the sound.

Everytime I write in IPA, I’ll surround it by two slashes, and every time I’m referring to the letters and words in english as they’re spelled, I’ll put quotes around them.

so the letter “s” can make this sound /s/ in IPA - it has the same character - but it also can sound like /z/ (Rose) or /SS/ as in sure or /ZZ/ as in pleasure. IPA splits all of these sounds apart, and really tells you what you can expect to hear when you see a symbol.

Ever the next few videos, you’ll be learning all of these symbols, but for now we should talk about the three things that make one consonant. These are voicing, place and manner.

We’ll talk about them in that order.

Voicing is perhaps the simplest. Put your hand on your throat and say “ffffffffffffff”. Feel anything at your throat? You shouldn’t.

Place is a little more complicated. We’ll need to look at a picture of your mouth. Here’s a very detailed one from Wikipedia. To get oriented, 1 and 2 on the left are your lips. 3 is your upper teeth, 4 is that ridge behind your teeth known as the alveolar ridge.

11 are your vocal cords

To make any sound, you need to blow air out of your throat. If you don’t get in the way, you make a vowel, like “ah” “eh”.

If you DO get in the way, you make a consonant. Usually you do this by putting two parts of your mouth together, like your your lower lips and your teeth. When you make the sound /f/ as in fun, you do just that - your lower lips (2) come up and touch your upper teeth (3) and you blow air through. Fun.

The two things that touch are called articulators - one is passive and doesn’t move, in this case it’s your upper teeth, which hopefully won’t move much at all, and one is active - here your lower lips move up to contact your teeth.

When you learn the symbols for all the consonants, I’ll remind you about all of these locations, but we’ll learn them here for the first time.

The important places have names. We’ll start at the front of the mouth and move towards the back. There are 10 places we really care about.

The first two use the bottom lips as the active articulator:

Place #1: Bilabial - from bi - 2, and labial, meaning lips
This is where your upper and lower lips come together, like in man, banana, pot

Place #2: Labiodental. This is lips and teeth, and you might have guessed, we’ve encountered this already. This is F and V in English.

Now we’re switching to the tip of the tongue as our active articulator:
Place #3 is Dental. The tip of your tongue is touching your teeth.
We have two consonants in English, both spelled “th”. One is “ttthis” and the other thhhhing.

Place #4 ia Alveolar: This is the alveolar ridge we talked about, just behind your teeth and the tip of your tongue.

You get 4 sounds in English: t, d, s, z. All of these are tongue against alveolar ridge.

The next places involve the middle or back part of the tongue as the active articulator.

Place #6 is Palatal - this is the soft palate, right in the middle of your mouth. The only sound we have in English is /j/, but you’ll get all sorts of sounds in other languages, like in Italian, you’ll get agnus and aglio in Italian and /c/ in Korean. These happen at the same place.

Place #7 is called Velar, which is up at the back of the soft palate - In English, we have the sounds /k/ and /g/ here.

Place #8 is Uvular. We don’t have any sounds like it in English. This is the back of your tongue against your uvula, the little hangy-downy thing in the back of your throat. You’ll encounter it in German and French, in their /R/

Place #9 is pharyngial - this is the root of tongue and back of throat, which apparently sounds like getting strangled, but I don’t speak any languages with these sounds, so I can’t demonstrate!

Our last place, #10, is glottal - this is right at your vocal cords, and the only thing you can do to stop air from flowing is bring your vocal cords together. If you bring them together a little bit, you’re going to get /h/ as in ham. The other sound is when you close them completely. You get this sound /?/, which is in English. This is called a glottal stop, and you get it in words like “uh oh!” and “nuh uh!” Right in between those syllables, you get a stop. /?/

That’s it for this tutorial. I hope you enjoyed yourself and learned something, and be sure to check out towerofbabelfish.com for new videos and articles on language learning, everything. Until next time!