Gabriel Wyner – (About the Author)

Videos of my Languages 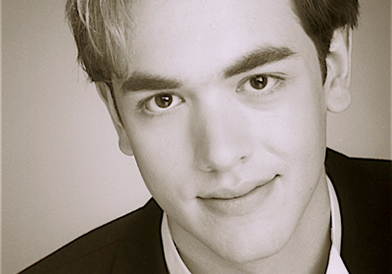 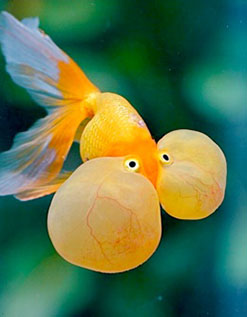 My Story and the Development of this language learning method

I am an opera singer, and part of my craft involves singing in Italian, French, German, English, and Russian (and sometimes Czech, Spanish, Hebrew and Latin).  After failing to learn much of anything in my High School language classes, I found my first real progress in a secluded college town in Vermont.

There, in the summer of 2004, I signed a paper pledging to use German as my only form of communication for seven weeks.  The trouble was, I didn’t speak a word of German.  Some advanced students came up to me, smiled and said “Hallo”.  I stared at them blankly for a moment, thought, and then replied.  “Hallo,” I said.  We shook hands.  Thus began an eight-year (and counting) addiction to languages.

Starting with that first “Hallo”, I set out to see if it was indeed possible to become fluent in all of these languages.  I went back to Vermont in 2005 and took German again, this time reaching fluency.  I moved to Austria for my Master’s studies, and went to Perugia, Italy in 2008 to learn Italian.  I started reading books and blogs and whatever else I could find to figure out what methods existed for learning languages faster, and what I found surprised me; there are a number of incredibly powerful language learning methods out there, but no one seemed to be putting them together.

That German School in Vermont (The Middlebury Language Schools) held the first key to language learning: no translation.  Not only was it possible for a beginning student to skip translating, but it was essential to learning how to think in a foreign language.  The second key came out of my music conservatory training (and, interestingly, was widely used by missionaries in the 70s and 80s): learn accurate pronunciation first.  Because singers need to sing in these languages long before they have the time to learn them, the pronunciation of the language comes first.  In the course of mastering the sounds of a language, one’s ears become attuned to those sounds, making vocabulary acquisition, listening comprehension and speaking come much quicker.  The third key came from language blogs and software developers: Computerized flash card programs are a massive shortcut to memorization.  These developers were searching for a way to learn the thousands of symbols of Japanese Kanji and found their solution hiding in the works of a 19th century German psychologist, Hermann Ebbinghaus.  They combined his theories with software management and produced a revolutionary set of memorization tools that have yet to reach mainstream use.  While a growing group of language learners on the Internet was using these tools, they were doing them in translation.  And the no-translation proponents like Middlebury and Berlitz were using antiquated study tools.  And nobody but the classical singers and some missionaries in Africa and the Philippines cared particularly about pronunciation.

In late February 2010, I began preparing for a summer at the Middlebury French school.  Since I was in the middle of two masters degrees, the only free time I had was an hour on the subway every day and Sundays, and I wanted to learn as much as I could before the summer, and see where I ended up.  I decided to use all of these methods at once; I used memorization software to get the French into my head, and I made sure that none of my flashcards had a word of English on them.  I began with the pronunciation rules, added a bunch of pictures for my first nouns and verbs, learned the verb conjugations, and then built up to simple French definitions of more abstract concepts.  In my hour a day on the subway, I learned 3000 words and grammar concepts by June.

When I arrived at Middlebury, they put me in a room to have an oral placement test.  This was the first time I had ever spoken French in my life.  And when the teacher sat down and said “Bonjour” to me, the very first word that came into my brain was “Bonjour,” right back.  So far, so good.   As our conversation got more complex, I was startled to find that I knew all the words she was saying, and I knew all the words I needed to respond.  I could think in French!  It was halting, but it was French.  I was stunned.  They decided to place me in third year French.  In those 7 weeks, I read 10 books, wrote 70 pages worth of essays, and my vocabulary doubled.  By the beginning of August, I was fluent in French.

Separately, each of these concepts are much more effective than standard high school and university language classes.  Together, they make reaching fluency in a foreign language a reasonable, reachable goal for anyone.  English students of mine have shown dramatic results in extremely short periods of time:  An office clerk I work with, Giuliana, started studying with me as an absolute beginner.  We met for an hour a week for six months, during which I guided her in applying these methods.  Her placement test afterwards speaks for itself; she reached level B2, a goal that was supposed to take her 3 years of weekly instruction.  More advanced students of mine have raved about the ease with which they can now remember new vocabulary and grammar rules, and how they’re learning to think in the language instead of translating.  These methods work, and they work quickly, easily and efficiently.

This website provides an overview of this method and the tools I’ve picked up along the way, along with video tutorials, language specific guides, flash card decks, and anything else I can dredge up to help you on the route towards fluency.

Missed the Kickstarter? Paypal Store will be open for -22 Days 18 Hours
Preorder Now