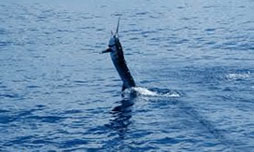 Learn Mandarin Chinese with these resources

To learn Chinese, you’re going need a way to learn correct pronunciation, a frequency dictionary to form your base vocabulary, and a good grammar book.  You’ll also benefit from a thematic vocabulary book for specialized vocabulary and maybe a book or two, once you learn your first 1000 words.  Make sure you read the Method sections of the website, then check out some of these recommended resources (pictures are links):

First off, get a feel for how pronunciation works in English.  The video tutorials here should help.

Once you understand that, start working on Chinese.  Do not skip this step!  The Chinese tone system and many of the sounds are extremely difficult to the ears of English speakers, and if you can’t hear the difference between different Chinese words from the beginning, you’re going to have a much harder time on what is a very difficult language.

McGraw-Hill has one of the only books I’d recommend on this.  It comes with a CD with videos and mp3s (Mac and PC compatible, according to their website).

If you want to jump to free internet resources, check out Wikipedia’s Chinese Phonology page and Chineselearner.com’s Pinyin guide with recordings (the Chineselearner site is really neat!).  There’s a wonderful tone trainer over at ShuFa West that should help with learning to recognize tones.

The Routledge Frequency dictionary series is excellent, with example uses and everything.  Get this at the beginning to direct your vocabulary work!

There are some online frequency lists that aren’t half bad. This site contains the characters needed for the HSK Chinese proficiency tests levels 1-4, which should be enough to get you started.

Learning to read Chinese characters is a particularly difficult skill set, because it’s fairly separate from the other language skills; you can reach full fluency in spoken Chinese and remain totally illiterate if you don’t work on it directly, since each word tends to have its own character, and those characters don’t contain any information about the pronunciation of the word.  You’ll need to learn at least 1500 of them to get decent reading proficiency.  This is complicated by the fact that there are two (similar) writing systems - Simplified and Traditional.  Simplified is mostly used in mainland China, and Traditional in Taiwan, Hong Kong, and Macao.  Simplified uses less strokes for each character, and so is easier to write, while the traditional characters may be easier to read.  Here’s an article about deciding whether to learn Simplified, Traditional or both.  Also be aware that if you’re hoping to learn Japanese at some point, Traditional is basically the same as the Kanji alphabet.  I wrote a blog post about some of the special difficulties you’ll encounter here.

There are a couple of pretty well renowned books designed exclusively to help you memorize what the first 1500 characters look like.  Remembering Traditional/Simplified Hanzi by James W. Heisig breaks the characters down into their component parts and provides mnemonics for remembering them.  Here are links, with Traditional on the left, Simplified on the right:

You can read anything that you enjoy.  I’m a big fan of the Harry Potter series in translation, especially if you can find an audiobook version to listen to at the same time as reading. Here’s the first book (Traditional - left, Simplified - right)

The Assimil series is a sort of special language learning resource that I discuss in a blog post here.  It doesn’t quite fit into any of the categories above, and I think it works best as a sort of supplemental source of Chinese input.  Here’s the beginner Chinese version with CDs.  Reviewers have indicated that the Chinese edition isn’t quite as good as some of the other editions,but that the Chinese texts are still good, if a bit basic. Given the difficulty of the language, I’m still going toendorse it, since more, thoughtfully designed input is still going to help.

For converting from Pinyin to Chinese characters and back, there are several pretty good tools available.  Chinese-Tools is pretty user friendly, and has some dictionary tools connected with it.  ChineseSavvy’s app is probably the fastest method I’ve seen if you’re trying to write a lot of text quickly.

Missed the Kickstarter? Paypal Store will be open for -10 Days 3 Hours
Preorder Now