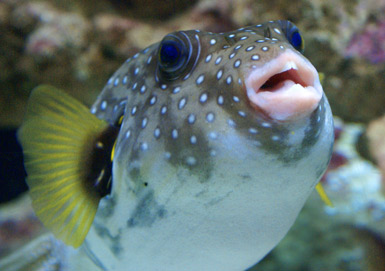 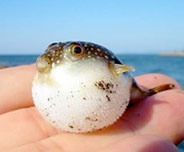 How to learn pronunciation in a foreign language

This is an unconventional addition from the classical singer world, though it’s an approach backed up by some wonderful teachers.  Speaking a language with a good accent isn’t a matter of sounding good and impressing people; it changes the way you listen to the language, and it changes the way people speak to you.  You can’t learn accurate pronunciation without learning accurate hearing, and this ear training will benefit your listening comprehension substantially.  As you connect what you hear with what you read and what you say, you’re tightening the connections between every facet of the language.  It makes vocabulary easier to learn, it brings that vocabulary to your tongue with more ease, and it makes native speakers continue to speak to you in the language instead of switching to English out of pity, desperation or frustration.

Learning accurate pronunciation in the beginning also means that you won’t spend years building bad pronunciation habits, only to try and unlearn them later on – an extremely difficult task when your tongue has been pronouncing words incorrectly hundreds of times.

For the non-singers out there, you should know that it’s not only possible to perfect your pronunciation from the beginning, but that classical singers do it all the time.  Most singers develop good accents in French, Italian, German and Russian without even learning how to speak most of those languages.  It’s just a separate skill that you can train like all the other language skills - reading, speaking, vocabulary acquisition, etc.

Start with English and the International Phonetic Alphabet

You can’t work on another language’s pronunciation until you understand your own.  I’ve made a series of video tutorials on English pronunciation and the IPA. Watch them, and if you need a reference, play around with these two charts:

Many of the letters are the same, and a few are different.  Put these into Anki and learn them; it can take you less than a week.  (If you want to skip some work, I’ve made an English IPA deck with audio files)

Your goal is to understand:

Once you understand that, you’re ready to learn the sounds of your target language.  Knowing the 3 components of each sound will teach you where and how each sound will be produced, and let you put your tongue in the right place and do the right thing.

You can find your language’s sounds on Wikipedia.  Search for IPA for [Language name] or [Language Name] Phonology (Here’s IPA for Spanish and French Phonology article, for example.)  You want to find all the sounds in the language, learn what they sound like, and learn the spelling rules that correspond to each sound.  (Fortunately, you speak English; all the other languages tend to be MUCH more kind when it comes to having sensible rules about how each word is spelled and pronounced.)

Using audio examples from Eric Armstrong’s charts will help you get closer to the right sounds.  The final step involves getting some carefully designed recordings to train your ears (I’ll make some available here for the languages I’ve learned and show you how to get them for free from internet sources).  You’re looking to isolate the difficult sounds of the language and practice hearing them - pairs of words like “beat” and “bit”, “book” and “buck”, or “calm” and “come”.  These are called minimal pairs, and listening and repeating after a short recording of them will train your ear and your mouth all the way to accuracy.

Starting your language learning process this way will make your whole journey much easier, and once you understand each sound, you can put the spelling/phonetic rules of the language into your Anki deck.  This can take a week or two, and will save you an enormous amount of time in the long run.  Knowing that “ou” is always pronounced /u/ as in Ou la la!, Bonjour, or Toujours means that you won’t need to look up the pronunciation of each word, and that the first time you read it, you will hear it correctly in your head.  (Or you’ll speak it correctly, which is a great thing to do while reviewing, though it might get you strange looks if you’re reviewing in the subway.)

Some relevant blog posts and videos:

How to Learn a Language

Missed the Kickstarter? Paypal Store will be open for -22 Days 18 Hours
Preorder Now